The world of travel has suffered something of a black eye in recent weeks in the realm of public opinion, cruising especially so. In many respects, it has become an unwitting Public Enemy No.1, through absolutely no fault of its own.

We certainly live in challenging times at the moment, and we are all being confronted in different ways with the kind of societal issues that we have not witnessed in recent history.

But it is worth remembering that travel remains a great panacea, a vital source of recreation, and a valuable resource for keeping us enthusiastic and optimistic. It may occasionally hit troubled waters – as we’re seeing this week in the battle to corral COVID-19 – but the memories of good times past can keep us ticking over until things improve and we’re back on an even keel again.

With that in mind, we thought it was worth digging into our own memory-banks for some of the most rewarding and heart-warming cruise-related travel adventures we have enjoyed over the years; the connections we have made and things we still look back on with great fondness.

Cruising remains almost purpose-designed to provide the kind of experiences that linger long in recollection and even longer in the ultimate pay-off they provide. We’re pretty sure that’s the same for just about everyone who has ever taken a cruise, so here are our Top 5 memories from 40-plus years of travelling by ship, and some of the friends we have made along the way.

We all know David Attenborough still makes the best wildlife programmes, but there is a place in the world that delivers a virtual guarantee of your own, personal edition of Planet Earth, and that is Alaska. We have sailed here numerous times, but one voyage, in particular, will always be part of our compendium of treasured travel experience, and that came with UnCruise Adventures on their boutique little SS Legacy. The whole voyage was memorable as it introduced us to UnCruise CEO Dan Blanchard and his offbeat, affable style, as well as his great personal charm and friendship. But the crowning glory was provided by an encounter with a group of humpback whales, bubble-net feeding in a quiet cove one afternoon for fully five hours. Even Sir David himself might have struggled to find the right words to convey the sense of awesome, natural magnificence which that afternoon provided, while we also remain firm friends with Dan and the UnCruise family to this day.

Cruise connections don’t necessarily have to be large-scale and dramatic to be memorable. Take our voyage with Silversea on the (then) brand new Silver Muse. Sure, we enjoyed the ship’s impeccable service, glorious cuisine and superb public rooms, in addition to that distinctive butler attention and the whole atmosphere of upscale, refined elegance. But we still treasure our afternoon sessions of Trivia, where we quickly formed our own little ‘team’ with three other couples, after which the game itself became largely incidental. We still correspond with several of those ‘team members’ and meet up from time to time, both onshore and, occasionally, at sea. Cruising is genuinely the friendship creator.

One of our all-time top experiences (if not, THE No.1) was a trip back in 2010 aboard the 28-passenger MV Atmosphere of Nomads of the Seas, a distinctive, one-ship Chilean company that offered unique sailings around the Patagonia area south of Puerto Montt. The scenery was immense, the wildlife beyond spectacular, and the food onboard was some of the best we’ve had anywhere. With the addition of jet-boats, helicopters, kayaks and more, this was genuinely the trip of a lifetime. But it was also made special by a small group of Brazilian guests, who made sure every gathering was a social occasion of lively camaraderie and Latin flair. It included one lady of not junior years who decided one afternoon it would be a good idea if she launched herself off the upper deck straight into the sea, so she did. To a huge round of applause from all the admiring crew!

Dinner on deck with Windstar

Cruising around the ports and islands of the Italian and French Rivieras is romantic enough at the best of times, but when you add in the eye-catching component of Windstar Cruises and their sail-equipped trio of vessels, you have a veritable Jane Austen of nautical narratives. This has been the case since the line was launched in 1986, and they maintain a blissfully eye-catching style and ambience that is matched by only a tiny handful of operators. Where Windstar has a distinct advantage is in the size (and shapeliness) of their ships, which provide more open deck space and, therefore, genuine evening dining options. This manifests itself not just in their upper deck al fresco restaurant, Candles, which is the full-service evening incarnation of their breakfast/lunch buffet choice of The Veranda, but in their once-a-cruise special dinner experiences of the extensive Deck BBQ and Dinner Under The Stars. The latter is staged aft around the pool, with unbroken 270-degree views to the nearby surroundings, which, on a balmy summer evening like we were treated to just off St Tropez, was an incandescently brilliant occasion that is indelibly etched on our maritime minds.

While the world of cruising is indisputably a diverse and multi-faceted one, providing something for all tastes and budgets, the job of reporting on it is in the hands of a relative few – perhaps two dozen or so in the UK and US spheres of influence. Yes, there is certainly diversity and variation of opinion, but, by and large, the cruise-writing fraternity is a homogenous and like-minded group, highly knowledgeable on their subject and passionate about highlighting the best – and, sometimes, the worst – of what is on offer worldwide. This inevitably leads to convivial gatherings at regular intervals and events and a sincere sense of friendship of the ocean-going kind. We have got to know many of our fellow scribes very well over the years, and are always grateful for their companionship and erudition. In particular, there are two writers of great spirit and raconteur style who make any voyage special when we can travel together, and we would just like to single them out as friends of the most heartfelt kind. So, Dave Monk and Gary Buchanan – we hope to be sailing with you, again, sometime soon.

OK, those are OUR thoughts on how travel has enriched our lives and brought real joy into the world. What are your best cruise stories…?

Give us your best tales of memorable cruising in the Comments section below. 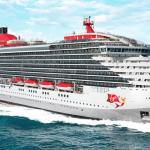 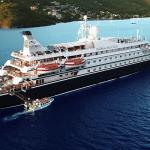