It has been said for many years that the ultimate highlight of cruising is when one embarks on a voyage that includes the Panama Canal. Having made a partial transit aboard P&O Cruises Oceana earlier this year I must say I have to agree.

We entered the Gatun Locks just after sunrise and what a sunrise it was. The sun really does emit a much brighter glow in South America than it does in the UK, or maybe I was just caught up in the moment at the time, everything on this particular day seemed more exciting than it had done previously. Of course everyone wanted to be out on deck so I had been wandering the ship for several hours before the sun actually came up. The sky was dark but everywhere you looked there were lights from what seemed like thousands of ships just sitting, waiting to make their transit.

We were only doing a partial transit, we would go through the Gatun Locks then spend an hour in the lake before heading back through and bunkering to take on fuel. Even for this short time it really was an experience like no other and as we were a passenger vessel we took priority over other vessels that were queuing to enter. How about that for ‘priority check-in’?

It was incredible to watch the small train type carts on the dockside pull us along through each gate.  The gates would open and close as we went with each section filling and emptying with water at every move. When the water level was right the doors would open again and we would move into the next set of locks. It wasn’t long before we left the last gate and were once again moving under our own propulsion.

The views across the lake were stunning and we had a great opportunity to have a glimpse at where the new Panama Canal section is currently being constructed. The water was a clear blue mixed with a pearl green, like what you would expect from a Caribbean beach and the lush green jungle was a top with eagles the entire time we were there. After the excitement of our transit and having already been awake for several hours it was a refreshing chance to relax and simply enjoy our surroundings.

Our return journey was far more exciting as a rather large container ship joined us and we made our transits side by side. We had a bird’s eye view of the vessel the entire time. Not only could we watch her transit but we were eye level with her bridge so could look on as her officers focussed with all their attention on the journey ahead. Every crew member was hard at work aside from one who we noticed was fast asleep on deck! He definitely had an easy day.

I have had many conversations with people who are considering cruising the Panama Canal and my advice would be to book it! I hope one day I will have the chance to make the entire transit but the short one I was lucky enough to enjoy was certainly not disappointing. We had fabulous weather too, not one drop of rain left the sky.

For our a selection of our best Panama Canal offers, please see our latest Luxury Cruise Collection. 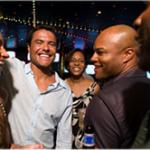