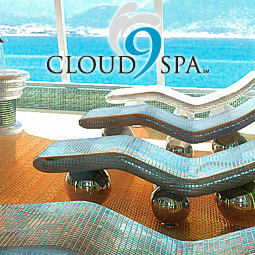 To say Halifax, Nova Scotia, is something of a cruise outlier would be the equivalent of insisting the government has a bit of a mess on its hands with Brexit.

Named after the 2nd Earl of Halifax in 1749, this Canadian port was forever linked with the Titanic disaster in 1912 when it became the front line in search and rescue missions, and the last resting place of many of the victims.

Five years later, another sea-going tragedy during WWI saw two ships collide in the harbour, one of which was a munitions ship, the SS Mont-Blanc, which exploded in the most violent artificial explosion prior to the development of nuclear weapons, killing around 2,000 people.

Happily, Halifax is also remembered as the birthplace in 1787 of one Samuel Cunard, son of timber merchant Abraham Cunard. Sir Samuel, as he would become, was a bit of a card, in the same way as Thomas Edison was a bit of a tinkerer. A volunteer fireman, lighthouse commissioner, entrepreneur, philanthropist and shipping magnate, Cunard had big ideas and usually made them into big businesses.

The biggest of all, of course, was the Cunard Line, born out of the Halifax Steamboat Company in 1840, with the first voyage of his Britannia from Liverpool to Halifax and Boston. The rest, as they say, is history.

Except that the modern face of Sir Samuel’s shipping business continues to champion its maritime heritage as one of its main distinctions from other lines (although they tend to be referred to by that ghastly term ‘brands’ these days).

Halifax may not have carved out a major cruise niche for itself subsequently, but Cunard certainly has, and that sense of tradition remains as the background to all three of their current fleet, which will become four in 2022 with the addition of a 113,000-ton, 3,000-passenger newcomer (OK, so that’s too far in the future; for our purposes we’ll stick to three).

For a fair chunk of the 20th century, Cunard was the British cruise flag-carrier, rivalled only by P&O but set apart from any competitor by its continued trade in transatlantic voyages, that last true bastion of old-time cruising.

True, they did have a wobble or two, and almost lost their way once or twice. Back in the 1980s an ill-advised company decision to stage a hostile takeover of P&O cost them considerable public capital, while the short-lived creation of the Cunard Crown Line in 1994 was another major mis-step.

Much of the mis-management could be traced back to then-owners Trafalgar House, and an increasingly haphazard view of the cruise world (being as kind as possible; others said more succinctly that TH were a bunch of ham-fisted blunderers who would have struggled to arrange alcohol sales in a brewery), which was itself undergoing radical changes in the late 1980s.

Unsurprisingly, the most famous name in cruising went up for sale in 1996, and the sense of outrage when it was bought by American conglomerate Carnival was palpable. “What? The Yanks have got ‘our’ Cunard? How dare they!” etc. A whole generation of “Outraged of Tunbridge Wells” prepared their letters to The Times and cruise observers held their collective breath in anticipation of a major transatlantic cultural clash.

Only a funny thing happened on the way to the Readers Letters page. Not only did Carnival continue to keep Cunard as a completely separate entity in their large, mass-market portfolio, they actually allowed it to develop its own modern identity, still in touch with its roots but with distinct contemporary sensibilities.

The first confirmation of this came in 1998 with the announcement of Project Queen Mary. The heir-apparent to the dowager QE2 was a much bigger proposition than anything we’d seen before (in truth, she was the largest cruise vessel anyone had ever proposed), and her size alone gave many observers pause for the end of a tradition.

Thankfully, the size was merely a function of the need to pack in as much of the new alongside the old. Besides a plethora of balcony cabins, multiple dining outlets and a huge show lounge, there was still a proper promenade deck, an indoor pool, a cinema and even a bookshop, as well as a funnel in similar design proportions to QE2.

When Cunard then added the Maritime Quest exhibit as an onboard homage to the golden age of transatlantic cruising, the baton had been truly transferred from Yesteryear to Today in consummate style.

In the 13 years since Queen Mary 2 took her ocean-going bow, the line has embellished its credentials as the standard-bearer of cruising’s heritage, with the recent refurbishments of both QM2 and Queen Victoria continuing to borrow from the classic look we have come to expect.

The interior décor is easy on the eye and pleasingly formal without being overbearing. It is still inherently modern, but acknowledges its lineage in ways both obvious and covert (did you know, for example, the three thick black lines that wrap around either edge of QM2’s bridge screen, and at the stern of the superstructure, are designed to mimic the crossovers of the forward decks on the first Queen Mary?).

The transformation of the former Winter Garden into the Carinthia Lounge in last year’s refit was another minor masterpiece, and the whole ambience of sailing aboard a Cunard ship continues to be one of refined elegance, of travelling rather cruising.

So, the next time someone tells you that American’s don’t ‘get’ tradition, just point them in the direction of Carnival. And 177 years of sea-going history.