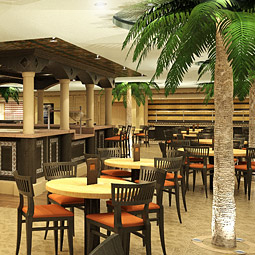 Tenny thinks nothing of throwing money around if he’s taken by some artistic trinket or other, but my parents were antique buyers for many years and, although I spent most of my adolescence pretending I wasn’t listening to a word they said, I did know a good lesson when I heard one.

Their conversations regarding price-haggling were etched into whatever permanent-record system our gray matter contains, filed away for immediate access when opportunity presented itself.

Mater and Pater would return from a weekend antiques show smelling of damp wood and that peculiar outdoorsy scent that clings to hair and clothing, which probably went unnoticed by people of their generation who spent a great deal of their childhood outdoors. For them, fresh air was a given, not an odour.

I was a child of the times who holed up in my bedroom the moment I turned 13 and spent my daylight hours in a semi-darkened room with whatever book I could lay my hands on. I suppose it seemed educational and therefore productive, but I suspect if Mater knew I could smell the sun on her clothes she’d have grabbed my book away and kicked me out the door for a healthy dose of exposure.

With my parents’ conversations in mind, I felt a good haggle coming on when we came across an outdoor art market in Ocho Rios. Jamaica’s burgeoning cruise-specific port is pleasantly shabby in a totally Caribbean way, and it is the gateway to several memorable island highlights, including the famous Dunn’s River Falls.

We had begun our tour in an officially licensed taxi, having learned our lesson on a previous visit when Tenny suggested any old cab would do and we nearly sacrificed our limbs, dignity and freedom careening around town in a wild chase to pack as many tourists into the cab as possible, like a clown car in a circus. I simply will not have my hair mussed in that manner twice.

This time our driver, Darnell, was dedicated to us for the duration of our tour, and his suggestion we travel up to see where Blue Mountain coffee grew was welcomed warmly by Tenny, who rarely survives longer than an hour or two without a caffeine injection.

On the way up we passed tiny plywood shacks, newly re-built after a recent storm had blown them over, and Darnell shared with us some of the island’s financial and social challenges.

“We do not have much, but what we have we have earned. It is our creativity of thinking that allows us to prosper, at least in the Jamaican sense of that word. We do not depend on our government, as you do.”

He hadn’t intend it as a sting, so I fumed only slightly, but all was forgiven when he drove us to his favourite locally run diner (although, let’s be honest; with only a tent roof, assorted sliver-inducing picnic tables, and no walls, ‘diner’ is being generous) and ordered chicken for us.

“You don’t have to do that,” Tenny insisted, but Darnell was adamant. “Yes. Yes, I do. Your experience will be better if you do not do the ordering with your faces and your accents.”

We took our faces and accents to a picnic table while Darnell gathered our lunch of smoker-roasted chicken and Red Stripe beer that left us happily replete as we motored in the direction of Dunn’s River. Darnell looked at us askance as we pontificated on the wisdom of attempting the Falls climb. “No, mon. Ya don’t want to do that. People getting hurt on those rocks. I’ll take a picture for ya.”

Which is how we handed over our camera to a taxi driver we had known for only a few hours and watched him disappear among the tourist throng. To reappear five minutes later with a big smile, and the promise, “Now, time for some coffee!”

We pulled in to a small grocery that Darnell insisted was THE place to stock up on the all-important Blue Mountain variety. Across the street sat an open air art market encircled by a chain-link fence, dirty but culturally appealing, and we suggested we’d take a look while Darnell purchased the coffee.

“Ya don’t want to go in there.” Darnell shook his head slowly, his worried gaze assessing the ragged men and spaced-out loiterers hovering around the market’s front gate.
“Yes we do!” we said in unison, and it was settled. My parents’ instruction in haggling would pay off brilliantly here, I was certain, and we would add discounted Jamaican art to our growing collection.

But the vendor we chose to lavish our money upon wasn’t playing ball. “Nooooo,” she whined with the pained tone of a victim who just had her foot run over by a car when I suggested she take $30 for three paintings totalling $40.

I employed every skill I had learned, but she was steadfast in her belligerence. “Go see what my cousin has. He’s cheaper. I will take you to him.”

She led us to the back of the market and what looked like a dark, abandoned caravan park with no caravans, nestled amongst the kind of forest a wicked witch would pop out of. Where the tidier ‘vendors’ placed their wares on discarded tabletops in the dirt, here they lay directly on the dirt itself.

Filthy T-shirts with child-like drawings of a round, stick-figure face with dreadlocks and the caption ‘Jamaica, Mon!’ and ashtrays chipped out of conch shells, lay amid discarded bottles and fast-food wrappers, and our she-vendor’s cousin approached us slowly, reluctant to leave whatever negotiations he’d been conducting with an equally surly islander.

He was chewing on a twig – an actual twig! – with a Kingston Lager in one hand, the other hand in his pocket, and I was certain he’d shank us and bury our carcasses under a tabletop just for having annoyed him with our presence. Even Tenny, who loves a challenge, winced at the possibilities. I turned to our dear vendor and assured her we were happy with her kind offer of a $40 sale, and would she mind putting the artworks in a bag, or should we pay a bit extra for the service?

Darnell was surprised when we emerged from the experience unscathed, and said nothing about the reckless nature of our ways, instead inviting us to his auntie’s home for dinner next time we were in town.

The lesson had been learned, and we had lived. But only just.

Have you experienced a ‘near miss’, safety-wise, during your travels? Tell us about it in the Comments!