Home Blog And The Winners Are… 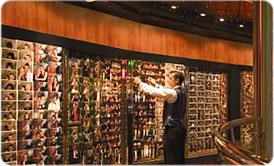 And The Winners Are…

We blame the Academy of Motion Picture Arts and Sciences. Ever since May 16, 1929, when they first started handing out little golden statues to the great and worthy of the film industry, other businesses have followed suit by creating their own ‘awards’ ceremonies.

It also seems like this is well and truly Awards Season. The Golden Globe nominations have been announced; the British Independent Film Awards have been handed out; the date for the next Emmys has been revealed; and we eagerly await the nominees for the next BAFTAs and, of course, the Oscars themselves, in the next few weeks.

There is probably even an award for the Best Awards Ceremony somewhere along the line, the Best Acceptance Speech, and the Best Use Of A Bad Accent In A Major Drama (film or real life, we’re not really sure).

Our current train of thought (actually, train may be a tad too grand for our current thinking process; caboose, maybe) was sparked by yet another ‘awards’ process, generated by the folks at Cruise Critic, that disparate community of cruise fans, commentators and editors.

In fact, if ever there was an organisation that was tailor-made to dispense awards, it is a website that specialises in criticising, or critiquing, the various ocean-going vessels of the world. It is part of their very mission statement.

There were 46 awards in all, over three categories (Ocean, River and Luxury), including Best For Romance, Best Value for Money, and Best North American Homeport. Why they didn’t also add Best European Homeport, Best Asian Homeport and even Best Home And Away Port is beyond us, but we digress.

There was an award for just about everyone along the way, including the inevitable award for Best Family Cruise to Disney Cruise Line for the 100th time. There just isn’t anyone that devotes as much time, effort and space to kids as Disney, so that particular award can be retired for perpetuity.

But it set us to thinking. What awards would WE hand out, providing that someone was naïve or just plain bonkers enough to put us in charge of something like that?

Well, we came up with a few. So, with no further ado, we proudly present, The Very First (And Possibly Last) Over The Yardarm Awards For Stuff We Just Dreamt Up. We’ll start off with the obvious one, for regular readers:

The competition in this category was extremely hot. Nay, steaming. This is the one that we are most demanding about. It has to be exactly the right gin, and the ideal amount of tonic, and six ice cubes. Yes, six. That’s the magic number. There is no other amount permissible. Sit down at the back, Mr Micawber.

And The Winner Is: The Avenue Saloon on Crystal Symphony.

This one was harder to ruminate on as it is not every cruise line that still serves a proper afternoon tea, with all the trimmings (including suitably trimmed sandwiches, naturally). We could also argue about the type of cake in this instance, but that would be fruitless. It simply has to be fruit cake (did you see what we did there?). Anything else simply isn’t British.

And The Winner Is: The Queen’s Room on Queen Mary 2.

It’s true. We love our stateroom stewards and stewardesses. They are an invaluable part of our cruise experience, putting in long hours to ensure we travel in clutter-free surroundings. We also enjoy the occasional bit of banter and cruise-going chit-chat with them. But, just occasionally, it’s good to have things done without noticing them; as if by magic, you might say. The art of the Invisible Steward is definitely alive and well, too, especially on River Cruises, where they seem even more unobtrusive than their ocean-going brethren.

And The Winner Is: Uniworld Boutique River Cruises.

We’ve all heard them, and they are pretty much all the same. A fairly dry and anodyne selection of ‘Welcome Aboards,’ ‘I’m the one in charge,’ and ‘The safety of the ship and all aboard is my No.1 concern.’ Bleh. What we like is a captain who stands out for his honesty and integrity, who is not afraid to put his reputation on the line and won’t stand on ceremony, if necessary. Like the one who told us, “If you drop something in the toilet what should not be in it and you are too shy to pull it out, call even me, the Captain, and I will come and pull it out.”

And The Winner Is: Uniworld Boutique River Cruises (again).

It’s easy for cruise lines these days to pull out all the stops in order to attract families. Kids clubs have become increasingly elaborate in the past 20 years, with ever-larger areas being devoted to the various caterwaulers, ankle-biters and out-of-control miscreants that clog up the lifts whenever you want to use them. But several lines do understand that they also need to provide areas devoid of junior cruisers, where adults can relax without worrying about tripping over Fotheringham Minor. And one really stands out. No, really.

And The Winner Is: Disney Cruise Line.

Most Obvious Gimmick At Sea

This was a particularly nomination-full category this year, with all manner of dreadful additions being shoe-horned into ships, with scant thought for aesthetics, seaworthiness or even practicality. Observation pods, ten-pin bowling alleys, ziplines and robotic bar servers have all been trotted out with utter disdain for the reason why most people take a cruise, which is to relax and get away from the everyday (we’d definitely ban every iGadget under the sun, if we could, too). But one ships stands out for true rampant gimmickry with its multi-storey water park (ghastly), laser tag (even worse) and, the current ultimate in sea-going nonsense, a huge go-kart track.

And The Winner Is: Norwegian Bliss of Norwegian Cruise Line

Bliss certainly isn’t how we’d describe it. But, hey, when there is an award to be won, as long as it isn’t a Darwin Award, who wouldn’t want to win it?