Most cruise ship visits in the Caribbean are about as routine as it gets. In the winter, this is the ‘Milk Run’ for cruise lines, the week-in, week-out routine that forms the basis of what they do. Cruising by numbers, if you like.

Not this year. For large parts of the region, this is anything but a normal period in the annual run of things. The Hurricane season (from June to November) is officially over, but it has left behind a sickening trail of devastation that has crippled several of our favourite islands.

Many places were still reeling from the vicious path of Hurricane Irma in September when Maria ripped through many of the same locations less than two weeks later.

Puerto Rico, which boasts the historic city of San Juan, the fabulous El Yunque rainforest and some wonderful beaches, is still without power and clean water in places; the enchanting location of St John, in the US Virgin Islands, has seen much of its natural charms wrecked; neighbouring St Croix still relies on generators for much of its power; and Grand Turk in the Turks and Caicos islands is still struggling to get its resorts open again as it is so heavily dependent on tourism.

We have visited all of these places in the past, often multiple times, and can happily attest to their heavenly, laid-back charm, which is as genuine as the sea is aquamarine. It’s no wonder the cruise lines find this such an irresistible region year-round, but especially when the temperatures plummet in northern climes.

It is typically the time of year when we draw back the curtains, observe the daily weather, and say “Sod this for a game of soldiers. Let’s head for the Leeward Islands.” Horizontal rain and hail coming in along the English Channel will do that for you every time.

It’s not actually the temperature that we object to so much as the bloody awful wind that seems to blow non-stop from half-past October until the clock strikes April. Head to the Virgin Islands during that period and there is nary so much as the hint of a breeze to ruffle our cocktails.

Which makes it so painfully ironic that the islands have suffered far more in a few weeks than we do all winter from the pernicious predations of the weather.

However, on Monday morning we were heartened to read the following headline: St Maarten Re-Opens to Business After Irma.

Viking Cruises’ boutique bateau Viking Sea was the first ship in three months to enter the Phillipsburg harbour of this delightful Dutch-French island collaboration, and the occasion was marked by a special ceremony and no small amount of fanfare. For once, the obligatory steel band was playing from the heart, and the local smiles of welcome were distinctly broader than normal.

St Maarten/St Martin takes in roughly 80 per cent of its economic revenue from the tourist industry, and almost four-fifths of the population are employed in it. To be effectively closed for business while you have to restore basic services is a double-whammy of epic proportions for such a small destination.

Phillipsburg itself is a totally typical Caribbean cruise destination, a town that lives for its tourists and is packed with the usual lures of shops, bars and restaurants, all behind a pretty beach from which you can sip a Guavaberry Colada with a grand view of the ships in port. There is a small zoo, a large salt pond, several casinos and that’s about it (although special mention should be made of Treadwell’s favourite duty free shop in the western hemisphere, at the west end of Voorstraat, which sells Bombay Sapphire at $15 a litre).

The essence here is that you can wander the beach, dip your toes in the sea, enjoy your favourite adult libation and not freeze your bloody digits off. In the depths of December, January and February, is there any greater pleasure in life?

For the island to be back on the tourist map, therefore, is definitely worth celebrating. The ravages of Irma are still there for all to see, but the bars and beaches are back in business, and that blissful chilled-out vibe is firmly to the fore once more.

It definitely makes you want to draw the curtains, fire up the computer and point your search engine towards ‘Cruises, Caribbean.’

But that is certainly not the whole cruise picture at the moment. While the Bahamas largely avoided the effects of both Irma and Maria, the likes of St John and St Croix remain off limits to all but emergency workers, and Puerto Rico, the largest island in the region not called Cuba, remains a near war zone of torn infrastructure, power outages and food shortages.

Some cruise lines have been back in San Juan for several weeks, but the first passengers were only allowed into the old city as a port of call from November 30. Carnival will only return to home-porting in the city in February, highlighting how slow the recovery process has been in the island’s main point of ingress.

So, while we remain big cheerleaders for this part of the Caribbean, be aware all is still not sweetness and light (despite the American government, and their Ignoramus-in-Chief, insisting that FEMA has done “a great job” in getting things working again. This would be what we refer to in the trade as A Big Fat Lie).

Therefore, if you are still looking for a worthwhile Christmas charity this year, we can definitely highlight the following as highly worthy of your patronage.

Water Mission (www.watermission.org/disaster-response/), Oxfam America (www.oxfamamerica.org/donate/) and Project HOPE (www.projecthope.org2) are all still heavily involved in Puerto Rico, and will be for months to come. Any spare money you can divert their way this month will be much appreciated. 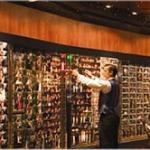